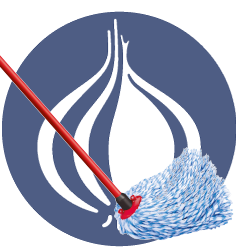 Reading Mark Gardner's latest post on what's "coming soon" regarding OO and perl has made me actually think for once about objects, which I generally try to avoid. I've posted a few times before that about the only thing I want regarding a new object model is for P5P to make up it's mind already. I didn't exactly have a concrete pain point to give me cause to say "gimme" now. Ask, and ye shall receive.

I recently had an issue come down the pipe at playwright-perl. For those of you not familiar, I designed the module for ease of maintenance. The way this was accomplished is to parse a spec document, and then build the classes dynamically using Sub::Install. The significant wrinkle here is that I chose to have the playwright server provide this specification. This means that it was more practical to simply move this class/method creation to runtime rather than in a BEGIN block. Running subprocesses in BEGIN blocks is not usually something I would consider (recovered memory of ritual abuse at the hands of perlcc).

Anyways, I have a couple of options to fix the reporter's inability to subclass/wrap the Playwright child classes:

I could of course abandon object orientation entirely as well. The object model is familiar to users of Selenium::Remote::Driver (which is pretty much where all my user base is coming from), so that's probably not a great idea.

On the other hand, if we had a good "default mop" like Mark discusses, this would be a non-issue given we'd already get everything we want out of bless (or the successor equivalent). It made me realize that we could have our cake and eat it in this regard by just having a third argument to bless (what MOP to use).

perl being what it is though, I am sure there are people who are in "bless is bad and should go away" gang. In which case all I can ask is that whatever comes along accommodates the sort of crazed runtime shenanigans that make me enjoy using perl. In the meantime I'm going back to compile-time metaprogramming.